The Royal Australian Navy (RAN) has awarded a contract to Schiebel for the supply of its Camcopter S-100 System and three years of follow-on Contractor Logistics Support.

The RAN released an international Request for Tender (RfT) in late February 2016 for a UAS capability. After thorough proposal evaluation and completing negotiations, the contract with the Austrian firm was signed at the end of December 2016.

The Camcopter S-100 vertical takeoff and landing (VTOL) vehicle improves the situational awareness of ship-borne operations substantially. It is able to carry multiple sensors, enabling customers to gather images with an EO/IR camera, detect and identify electronic signatures with ESM systems and use SAR radar simultaneously in real-time.

The S-100 navigates automatically via pre-programmed GPS waypoints or can be operated directly with a pilot control unit. Missions are planned and controlled via a simple point-and-click graphical user interface. High-definition payload imagery is transmitted to the control station in real time.

Using fly-by-wire technology controlled by redundant flight computers, the UAV is designed to complete its mission automatically in the most complex of electromagnetic environments.

The RAN has also been performing flight trials with the ScanEagle fixed wing UAV, which is due to enter service this year. 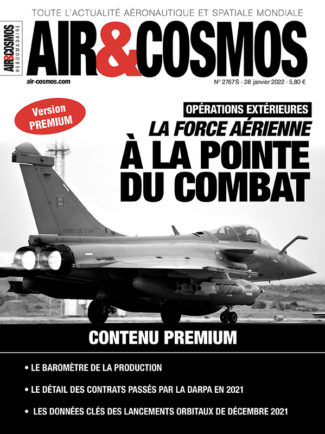